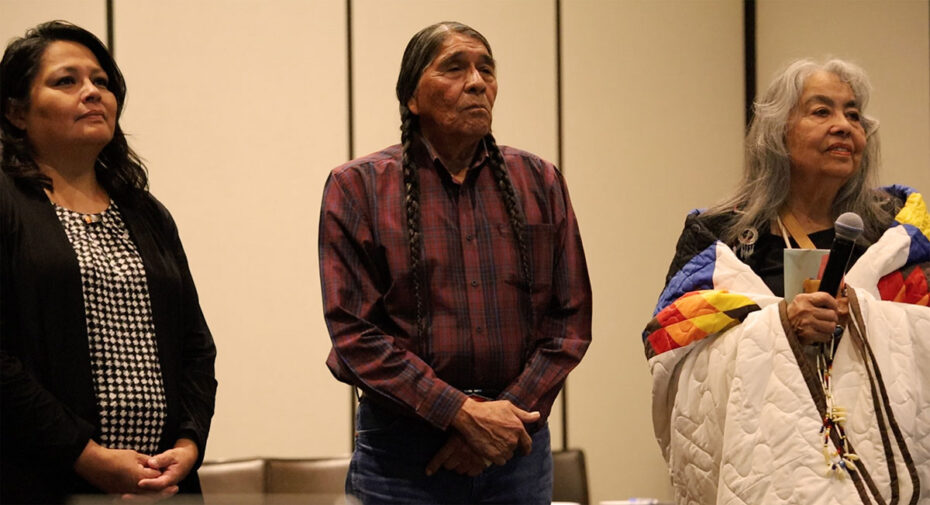 Councilwoman Lisa White Pipe of the Rosebud Sioux Tribe was elected to the Tribal Interior Budget Council, as Co-Chair

The Tribal-Interior Budget Council (TIBC) provides a forum and process for tribes and Federal officials to work together in developing annual budget requests for Indian programs in the Department of the Interior. During the most recent set of elections, Councilwoman Lisa White Pipe was voted to be co-chair of the TIBC.

The TIBC provides cooperative participation in IA budget formulation, justification, and information. TIBC meetings also serve as an education forum to better inform tribes of the IA budget process and advise on the status of Indian country initiatives throughout the Federal Government.

We have passed along the official good word from the Tribal Interior Budget Council: upon tallying all the votes, the winner of the election is Councilwoman Lisa White Pipe of the Rosebud Sioux Tribe. Congratulations to Councilwoman White Pipe!

TIBC meetings occur on a quarterly basis; three meetings are held in the Washington, DC area and one meeting is hosted by a Tribe. Members of TIBC include the Assistant Secretary of Indian Affairs, the Assistant Secretary’s senior management team, the Special Trustee for American Indians, the Special Trustee’s senior management team, and two elected or appointed tribal officials from each of the 12 Indian Affairs regions. TIBC is directed by two tribal co-chairs.

Councilwoman Lisa White Pipe currently serves as the Treasurer for the Coalition of Large Tribes, which helps provide a unified advocacy base for tribes that govern large trust land bases.